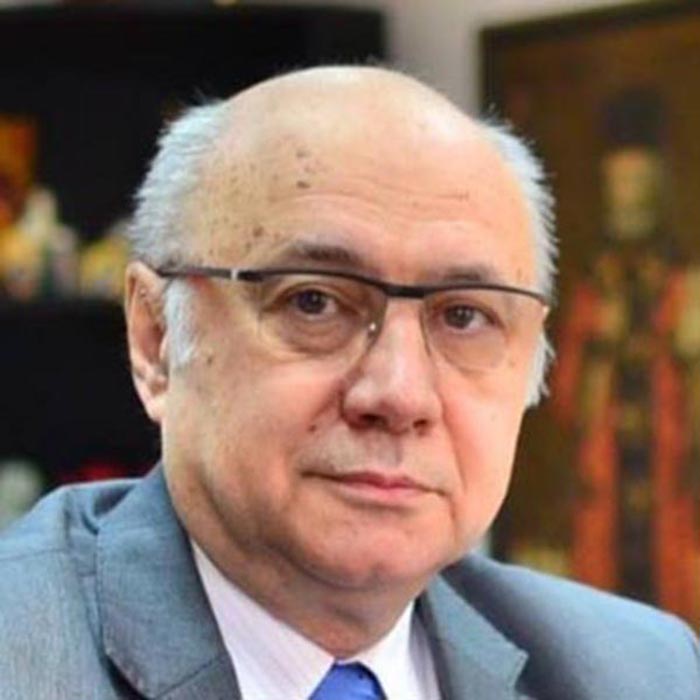 European Board of Surgery- Transplant Division (2009) and Hepato-Bilio-Pancreatic Surgery Division (2013);

Editorial activities: Member of Editorial Board 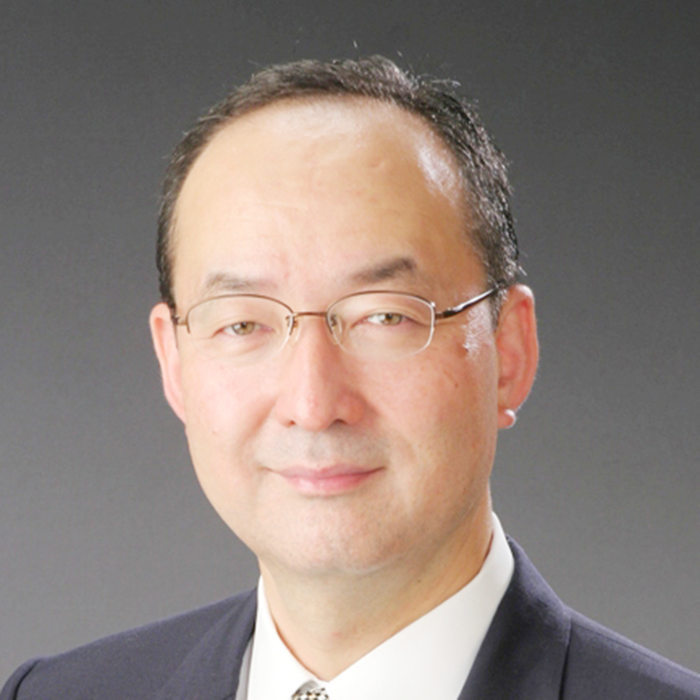 His academic career includes Professor of Surgery at Asahi University and Assistant Professor of Physiology and Biophysics at University of Arkansas for Medical Sciences.

Thorough his career as a surgeon, he has struggled to improve the prognosis of pancreatic cancer, which is known as the worst malignancy. First, he has focused on early detection of pancreatic cancer so that surgeons can offer truly curative operations to the patients. In 2003, with Dr. Ralph Hruban, Dr. Takaori organized International Expert Meeting on Precursor Lesions of Pancreatic Cancer and created international consensus on the classification of pancreatic intraepithelial neoplasia (PanIN) and intraductal papillary mucinous neoplasm (IPMN). World Health Organization has adopted this classification system, which helps investigators better understand the precursor lesions.

Furthermore, in pursuit of early diagnosis and treatment of pancreatic cancer in high-risk individuals, he has founded a Japanese Familial Pancreatic Cancer Registry and is promoting collateral studies as the chairman of the registry committee of Japan Pancreas Society. Second, he has endeavored to improve the surgical techniques for pancreatic malignancies. In order to improve local control and to perform more oncologic resections, he has refined artery-first pancreatoduodenectomy and developed new techniques of artery-first distal pancreatectomy, and artery-first DP-CAR by utilizing the “Tiger’s Den” approach in all open, laparoscopic and robotic surgery.

Third, he is a great believer of multi-disciplinary approach and presently directing the multi-disciplinary team as the Head of Pancreatic Cancer Unit at Kyoto University Hospital. Recently, he has conducted international collaborative study on the clinical managements of pancreatic cancer.

Along with Prof. Dan Duda, Prof. Takaori is organizing IASGO World Congresses as well as many Postgraduate Courses for the purpose of “Globalization of Medical Knowledge” all over the world. 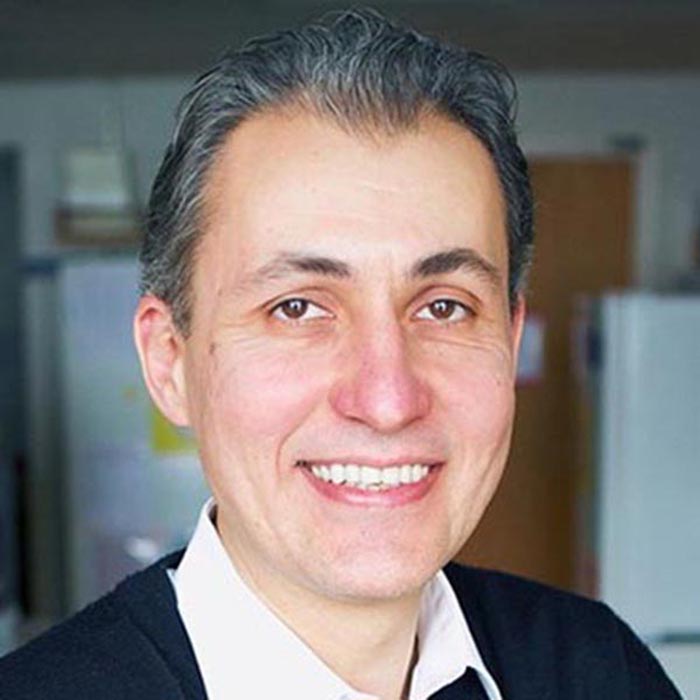 Dr. Duda obtained his DMD from the University of Medicine Iaşi, România in 1993, and earned a PhD in Medical Sciences (GI Surgery) from Tohoku University Graduate School of Medicine, Sendai, Japan in 2001. After graduation, he pursued postdoctoral training with Professor Rakesh K. Jain in the Steele Laboratories for Tumor Biology, Department of Radiation Oncology, MGH and Harvard Medical School in Boston. He became a Junior Faculty member (Instructor) in 2004, and then rose through the ranks to Full Investigator at MGH Research Institute in 2016 and Associate Professor of Tumor Biology (Radiation Oncology) at Harvard Medical School in 2012. In 2016, he was appointed as the Director of Translational Research in Gastrointestinal Radiation Oncology at MGH. He has been active internationally and is currently serving as the Secretary General of the IASGO since 2015. He is a member of the AASLD Liver Fibrosis Special Interest Group. He has also been serving as a panel member for multiple scientific expert/grant review meetings worldwide since 2009, including as a permanent member of the US NCI DMP, ACS TBG, and Belgium FWO Med4 sections. He currently serves as the Chair of the FWO Med4 panel.

The research of Dr. Duda’s laboratory focuses on studies of tumor interaction with its microenvironment, with the goal of identifying the cellular and molecular mechanisms of 1) local tumor progression (in liver cancers) and metastatic tumor progression (in other GI cancers), and 2) treatment resistance in advanced cancers. The ultimate goal is to identify and validate targets for combination therapy with radiotherapy and immunotherapy in preclinical studies, and in parallel conduct studies of biomarkers of response in correlative clinical studies.

Dr. Duda has authored over 200 publications so far, of which 121 are original reports. He has been invited to present his results at nearly 200 local, national and international meetings, including Grand Rounds, Plenary Talks and Keynote Lectures. For his work, Dr. Duda received several awards, including from the American Association for Cancer Research, Cancer Research Institute, International Association of Surgeons, Gastroenterologists and Oncologists (IASGO), MGH and the Granara-Skerry Trust for Pancreatic Cancer Research. He is an Honorary Member of the Academy of Medical Sciences of Romania since 2012. 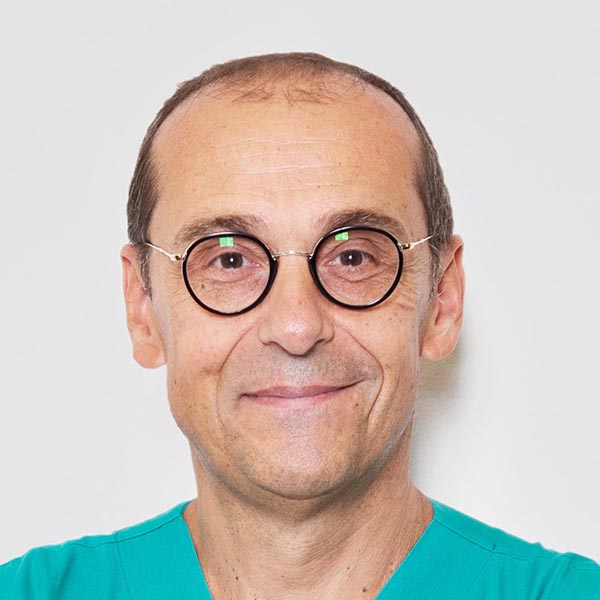 Member of the Council and Chair of the Registry Committee of the International Laparoscopic Liver Society (ILLS). Primary clinical and research activities include surgical oncology topics on colorectal liver metastases, perihilar and intrahepatic cholangiocarcinoma and hepatocellular carcinoma, techniques for liver resection (including two stage hepatectomies and ALPPS procedures), and minimally invasive hepatobiliary surgery (including major hepatectomies, resection in postero-superior segments and in cirrhosis), with a personal series of more than 2900 liver resections, more than 1000 of which performed laparoscopically. He has published more than 300 papers, including many studies on techniques, learning curve and outcomes of laparoscopic liver resections. Current H index is 41. He continues with teaching and tutoring activities in a number of national and international courses in both open and laparoscopic liver surgery. 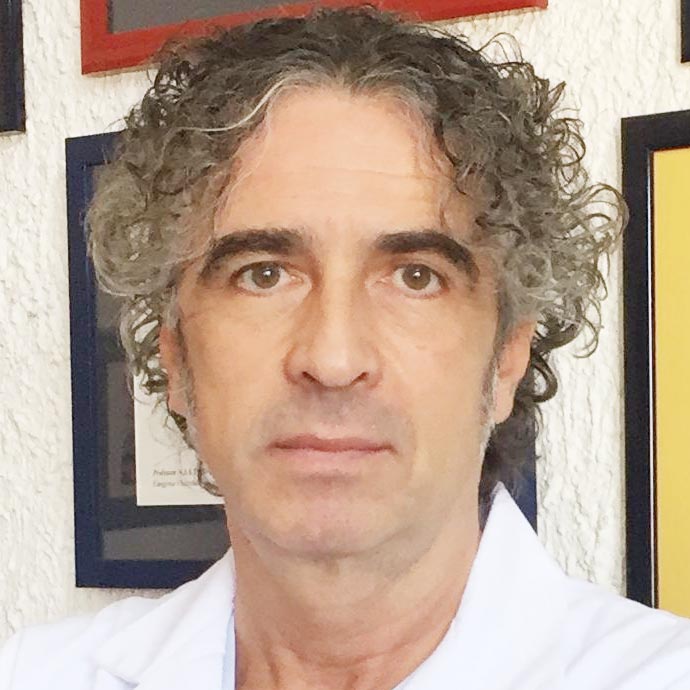 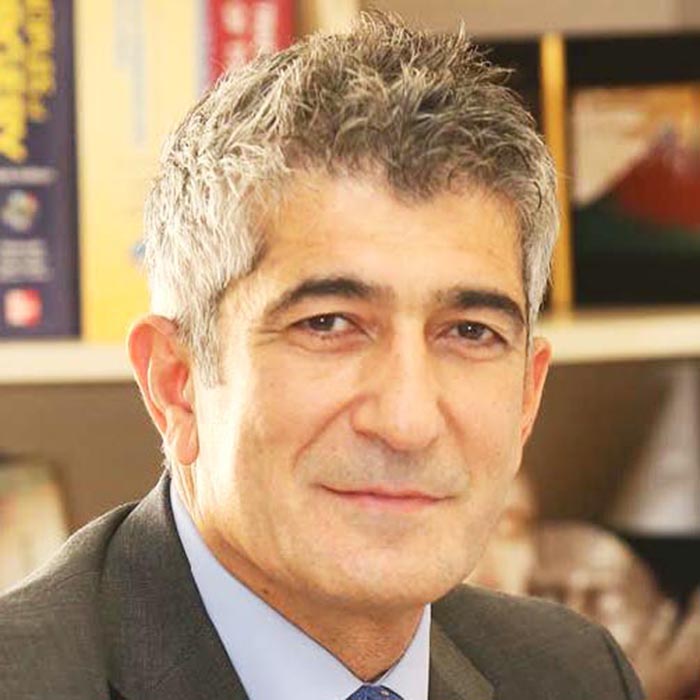 Ender Dulundu is an attending faculty and surgeon in general surgery and HPB Unit in Istanbul University-Cerrahpasa, Cerrahpasa Medical School, Istanbul where he is also the director and founder of the Liver Transplantation Programme.

He graduated from University of Istanbul, Cerrahpasa Medical School, and finished residency Haydarpasa Numune Education and Research Hospital, Istanbul. In his last year of residency has visited as a visiting doctor to Hepato-Biliary-Pancreatic Surgery Division, Artificial Organ and Transplantation Division, Department of Surgery, Graduate School of Medicine, University of Tokyo, Japan. And then in 2003 and 2004 He worked as a Fellow of the Japanese Foundation for Promotion of Cancer Research in the same center.

He has contributed extensively in professional activities in his areas of expertise He served as a president or general secretary to more than 10 international congress and meeting, participate regularly at local and international conferences as an invited speaker, and has published national & international research articles and book chapters.
Prof. Dulundu is Member in Executive Board of Surgery of IASGO (International Associations Surgeons, Gastroenterologists, and Oncologists), A member of Executive Committee and Head of Educational Committee of Turkish HPB Association. 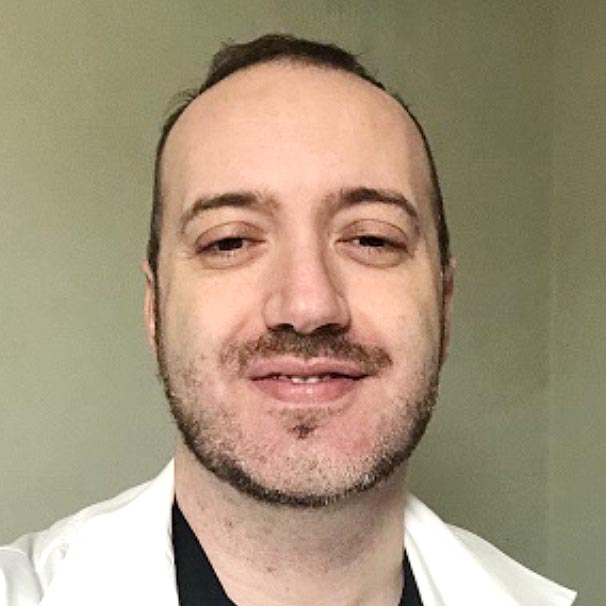 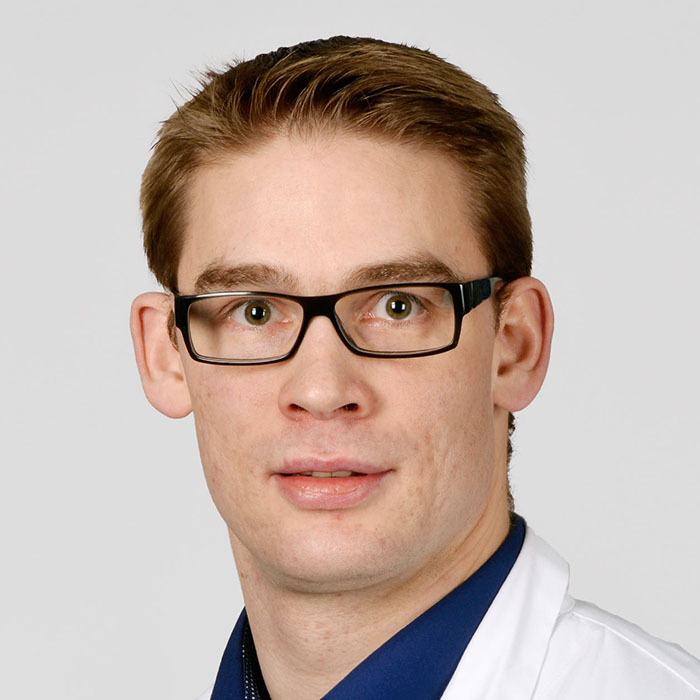 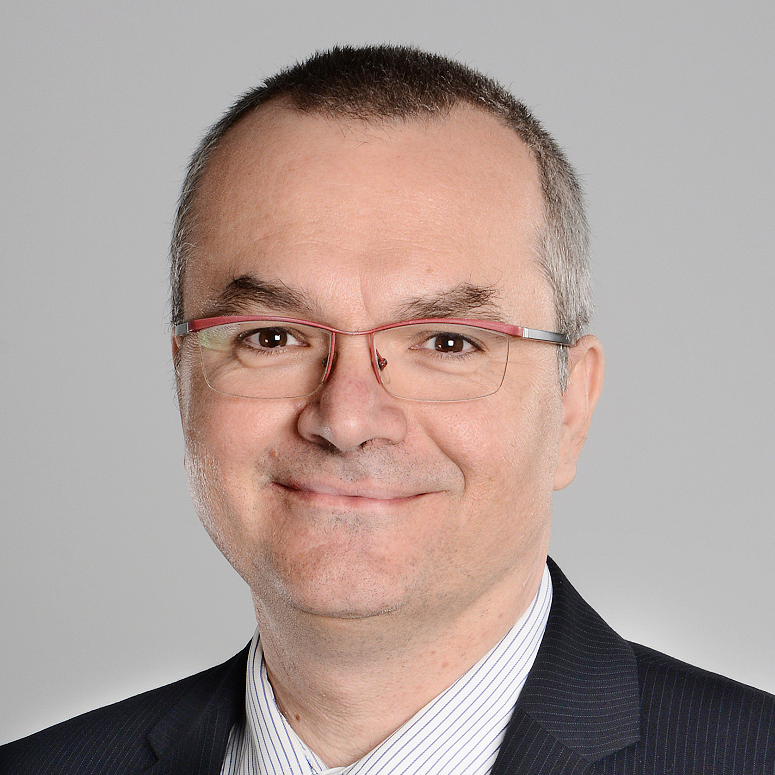 He has a strong research activity with particular focus on transplant outcomes, organ perfusion and reconditioning and optical sensing. He is the recipient of the NRS Career Research Fellowship and an MRC confidence in concept award for technological developments relating to normothermic perfusion. Mr. Oniscu is associated with the Liver stem cells and regeneration research group at the Centre for Regenerative Medicine Edinburgh. He is a lead investigator in the NIHR Access to Transplantation and Transplant Outcomes study, the UK NHSBT service evaluation of normothermic regional perfusion in DCD donors and the MRC study investigating the regenerative capacity of liver ductular cells. He has received more than £4.5 mil in research funding.

Mr. Oniscu is Secretary of the European Society for Organ Transplantation and chairs the Research, Innovation and Novel Technologies Advisory Group at NHS Blood and Transplant.

He has authored more than 65 papers and 12 book chapters and is the editor of Abdominal Organ Retrieval and Transplantation Bench Surgery (Wiley) and Springer Atlas of Transplantation Surgery (in press).

You can find out more about which cookies we are using or switch them off in settings.

This website uses cookies so that we can provide you with the best user experience possible. Cookie information is stored in your browser and performs functions such as recognising you when you return to our website and helping our team to understand which sections of the website you find most interesting and useful.

Strictly Necessary Cookie should be enabled at all times so that we can save your preferences for cookie settings.

If you disable this cookie, we will not be able to save your preferences. This means that every time you visit this website you will need to enable or disable cookies again.

Please enable Strictly Necessary Cookies first so that we can save your preferences!